Giving Back to the Community

Business with a heart – that is what the group’s management and staff believe in strongly. Leading by example, the Lian Huat Group has proven and continues to prove its responsibility as a corporate citizen by continually seeking ways to give back to the community. With hopes to enrich the well-being and welfare of its recipients, the group has been winning accolades for its good community work in Singapore over recent years.

Not just keeping within the boundaries of Singapore, Lian Huat Group has also proven that it is willing to be a corporate citizen of the world by sponsoring or supporting causes beyond the shores of Singapore. It has done good work for: 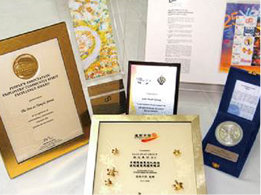